A Language Not Our Own 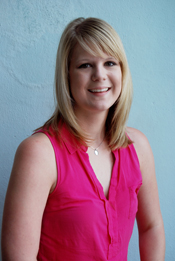 by Allison Armfield
When I first arrived in Italy, I stumbled with my pronunciation, tried my darndest not to revert to Spanish, and just barely navigated my way through ordering a caffé macchiato. I find that I learn best by making mistakes. Soon, I knew to pronounce the “e” in grazie, that buona notte was not something you said to someone you hardly knew (in fact, it’s kind of creepy!), and I could successfully order myself a meal without looking completely lost!

A week into the Cagli program, we were fortunate enough to witness a Corpus Christi precession. I weaved back and forth through the streets of the small town; taking pictures of people intricately decorating the streets with dried leaves, flowers, and fragrant herbs. After the ceremony had completed, I was beckoned by a group of guys lining the side of the main cathedral on my way back to the apartment; They had seen me walk by multiple times as I captured pictures. “Scuzi,” one of them called to me, “take our photo?” I kindly obliged and snapped a picture of the three of them.

To practice my Italian, I followed up by asking for the man’s name. He responded, and after introducing myself he asked where I was from. I answered “Sono de America.” It turns out these three men come from Pakistan. A second man then asked if I spoke Italian and I told him “un po:” a little. There was some expected stumbling with my pronunciation, and I needed a few questions repeated, but other than that it was a successful exchange. The second man then asked if I understand English: “Capisce inglese?” Before I could answer, the third friend smacked the second on the shoulder and said in perfect English: “Of course she knows English, she’s from America!!” All I could do was laugh: If we had known we shared a common language, then the conversation would have went a lot more smoothly. However, I found it amazing that we somehow managed to hold a brief conversation in a language that was not our own.

Cultural dissonance is inevitable when learning a new language. There will be many times a message gets lost in translation, as well as frustrations and confusion when you can’t clearly communicate what it is you are trying to convey. I try not to see cultural dissonance as a hindrance, but as a positive learning experience. I have experienced many other moments of cultural dissonance in just the eight days I have been out of country, and each one I took away a lesson as well as a laugh.