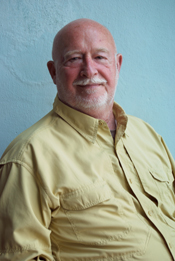 by Patrick Brown
Caught in time, like a Nautilus trapped in limestone, the ancient stone building speaks voices long past. Standing proud, aside the hand-carved cobblestones laid by Roman slaves, the old building echoes of the faithful hands still keeping the stone alive.

The building’s bones, rough hand-hewn beams, irregular in shape, hang suspended against the white plaster ceiling. They are blackened and charred, from years of use and uncounted fires, and the nicks and clefts carved by the craftsman's adze create shadows of centuries long past.

Salvaged perhaps from an earlier place, the beams intermingle among modern 4 X 4’s whose faux stain fails to match the patina of time. They meet in the middle of the room, supported by a giant backbone of timber. The giant beam, the size of man’s waist has been carved in places, left round in others. It speaks of ancient forests and of mighty men.

The old stone softly reflects the harsh glow of florescent light, while plastic conduit runs exposed along the ancient beams. A closer look reveals the chisel marks, where iron met stone, and a building was born.