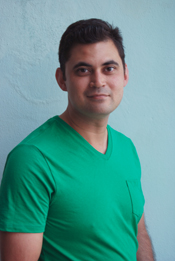 by Carl N. Hudson
During dinner with some of our other students, I began to notice differences between our American group and the surrounding Cagliese tables around us. While conversation would sweep between two people, others in our American group were staring at their phones. Looking over at our neighboring Cagliese, almost all individuals were engaged in some form of group conversation.

I thought about how technology has made American citizens more efficient in communicating, therefore more is expected of them to get things done on a constant basis. It appeared to me that the Cagliese prefer to interact with one another face-to-face, which left little room for anything to be misinterpreted when they communicated.

How many times have I asked myself what the person’s attitude was when they wrote an email to me? How much of the message do we lose when we communicate through a device that tunnels a meaning to be conveyed?

The Cagliese community may not need technology as much as Americans do because the person they would like to speak with is just down the street or a five-minute walk. Americans, however, have a tendency to take shelter in their homes unless a task draws them out. While tablets, cell phones, and other communicative devices are a great tool, it should not be the primary tool when engaging other people.