Feeding the Soul in Italy 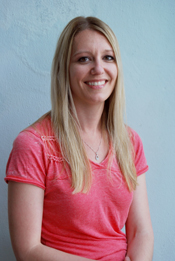 by Shea’lyn Swan
One of the first mistakes to assume is that the power of a woman is minimal in the Italian culture. After having made the mistake of paying for drinks that were already taken care of, I successfully insulted the kind-hearted soul who paid for them. This wasn’t the first time this behavior has occurred since being in Italy. The irony is the two incidences were with American individuals. Being a strong, independent woman, I am not used to allowing others the privilege of showing their kindness towards me. Being inhibited in this way has also created the roadblock of getting out amongst the local Cagliese and opening myself up to their kindness. The simple observance of behaviors and interactions with each other is the closest I’ve been able to draw myself to this small town, and, like my own small town, I have not allowed anyone into my inner sanctum.

The overwhelming feeling of being lost and out of place, the uninvited visitor to the party, has reached around my shoulders more than once or twice, a delicate push-pull feeling. Pushing myself to acclimate, while pulling myself within to retreat to the only safe space I know – the deep recesses of my own brain.

I have spent a few short weeks in a tiny flat of an apartment shared with Allison, making this our home away from home. White and grey marble floors, brown window shutters, and twin beds set in the middle of a room are what we come to after a day spent filling our brains, and hopefully hearts, with the sounds, smells, and sights of Italian life.

Morning sun rises above the Pesaro and Urbino hills of the le Marche (pronounced Lay Mar Kay) region that surrounds us. Hills with a vibrant green canopy of Cyprus trees, pine nuts, and a ground covered in sage-grass. There is a ridge that rises behind the city, with a lone tree at its top. To ascend the ridge and reach the tree you must navigate on all four most of the way. Once you reach the top of the ridge though, the view is like something from a painting. Sunlight shines down on a quiet city that has been slumbering for a short few hours. I have only managed to make the ascent twice in person, but make it every morning now in my mind.

In the piazza of an area that dates back to the 6th century, caffés are opening their doors and pouring the sweet nectar I call coffee! Men stand at the counter, ordering quickly a macchiato or cappuccino. NEVER will you be allowed to order anything more than a single shot, without at least being laughed at; THAT is an American thing! This was one of many moments of embarrassment for me. A golden flaked, buttery croissant filled with lemon or vanilla crème accompanies the frothed heart cappuccino I usually have for breakfast. Small, two-door cars, and buzzy sounding Vespas click and rumble across the cobblestone street that surrounds the Piazza di Cagli as I sit at an outdoor table soaking it all in.

The one universal that has not changed for me was the language of music. On several occasions I have had gentle giggles and full belly laughs at my pronunciation of words gone wrong like as asking “to sing/music” rather than “to pay” for my café. One thing I cannot mess up though is swaying to the notes of a trumpet and drum. Our second to last night here was spent eating dinner at the walls of 13th century Castello di Frontone. Dinner commenced with singing folk music at the table with Dario Toccaceli – an artist who has played with Pete Segar.

To our surprise, a “big band” of seven men came into the Taverna Della Rocca playing boisterously. Within seconds my soul felt at peace again. THIS is my language! Without realizing I was up dancing and clapping to the beat. As the music and group processed outside into the little walkway the band played “When the Saints Go Marching In”. Swaying to the song I was pulled into the center by one of the trumpet players and spun arm-in-arm. With the moon high in the sky Jupiter and Venus shone down on this sight that only fueled my passion to express the language I know best. Surrounded by friends and strangers, Dario and I sang an impromptu rendition of “When the Saints” that moved me to tears. This was one of the few moments in the last two weeks I felt satiated with joy and peace, not stressed with deadlines and inadequacies.
Posted by giovanni at 6/27/2015 07:18:00 PM