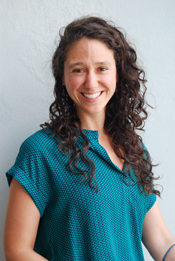 by Melinda Smith
On Friday, a fellow student and I decided to go to Gubbio, a medieval Italian city. We said we would meet up at 6:40am so we could walk to catch the 7am bus. For some reason my brain registered 6:40am as being 6:50am, and when the clock struck 6:50am, I realized I was running 10minutes behind. I popped my head out the window and yelled down to my friend that I was coming. I must be on Italian time! In a dead sprint, we ran down to the bus station because the next bus to Gubbio was at 2pm. Luckily our bus had not arrived yet, and luckily I had not tripped over my shoelaces because I slipped on my shoes and ran out the door. We managed to communicate with the attendant to get the appropriate bus tickets, and then we decided to try to communicate with him that on Monday I had left my sunglasses on a bus trip from Urbino to Cagli. On my behalf, he made an inquiring phone call and then he also talked to a fellow bus driver who pulled up. In his interactions, the attendant was not able to locate the sunglasses, but he told us that we should check back with him when we return from our day trip to Gubbio. We hopped our bus to Gubbio, and less than 45minutes later, we were dropped off roadside.

We found a café and had a cappuccino and a pastry. My friend and I discussed the fact that we were not entirely sure where the medieval part of Gubbio was located, and we also discussed the fact that we were dropped off on the side of a road, and we were not exactly sure where we the catch the bus to get back to Cagli. Post cappuccino and pastry, we catch the courage to ask the server where the bus stop was located. The serverwe asked was not entirely sure. She asked her co-worker, and her co-worker was not entirely sure, and then she went into the back of the café to ask more co-workers. Four Italians later, consensus pointed us back to where we were dropped off.

There was a bar near the side of the road where we were dropped off. We decided to go in and we asked the male attendant where the bus stop was located,and we also asked what time the bus would be back. He confirmed the bus stop was out front but he was not entirely sure what time the bus would be back by to pick us up. He tried calling the number on the back of our bus tickets, but he was placed on hold for atleast 10minutes, and he made a joke that the Italians must be having a cappuccino break! We looked up on the internet the bus station for Cagli, and the gentlemen called the station on our behalf. He confirmed that the bus would be back by at 5:30pm to pick us up, and he also pointed us in the direction of medieval Gubbio!

These interactions were impactful for me because I feel it says a lot about the collectivism in the Italian culture. The people we interacted with did not speak any English and yet they went out of their way to confirm the information we were in search of. In comparison, if I had these questions in the states, people would say they did not know and they would leave it up to you to figure it out, because isn’t that what the internet is for…