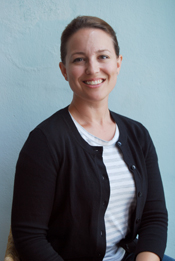 by Kristi Machado
We were hungry. Still not used to the later hours preferred for mealtimes, our stomachs announced the hour almost as loudly as the chimes at city hall.

Typically, for lunch, we would stop at the local bar for a panini, but on this day we decided to try something a little more formal. The restaurant opened out onto the street, and the tables were empty. With such a small menu, we thought we could surely make it in the hour and a half provided for pausa. It was 1:10 p.m.
Unsure of where to place our order, Mindy inquired while I held a table out front. A few more classmates joined us, and we quickly filled the space. With our orders placed, we enjoyed the sun and talked about the day.

About ten minutes later, our waiter return to confirm our order. Having no English, himself, and our very limited grasp of Italian, we took the next five minutes confirming our order. It was 1:25 p.m.

Having an hour remaining, we continued to enjoy ourselves. A little more aware of the remaining time, we discussed the differences between Italians and Americans, and the pressure we, as Americans, feel to stay on schedule. Pausa is a time of rest and relaxation in the middle of the busy work day.

Another 20 minutes passed, and still no food. Even by local standards, it was taking a bit long and our hunger was getting a bit impatient. Again, our waiter came out of the restaurant, and again he asked for our order. It was 1:55 p.m. We were needed back at the classroom at 2:30 p.m.

While we were very happy with the slower pace of life in Cagli, we were also keenly aware of our obligations to our faculty and classmates. We were at an impasse: ask for a to-go box (something not typically done in Italy), or cancel the order all together. Since we were very limited on our available vocabulary, we made use of a new phrase learned in class that day, and tried for a lunch "to-go." Only one of us was successful. It was 2:30 p.m.

We had gotten to a point in the day where time won out. I admire the Italians ability to make every second count, and to live la dolce vita. I also know that I have to be true to who I am, and the way in which I was raised - if you are on time, your late.

The clock struck 2:32p, and this time, the clock won. And of course, lunch was delicious!