The Value of Immersion 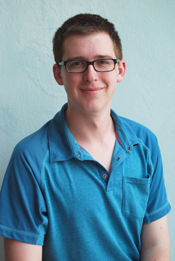 by Luke Batty
During my junior year at Gonzaga, I had a teacher freak out mid-class about how one of their interviewees had decided to not be a part of the research project. I was able to empathize this week when two men who had previously agreed for an interview declined the next day. My teacher said that in her research of interviewing veterans, it was not hard to believe that someone would choose to maintain their privacy. While I feel my two interviewees had a different motivation, I can understand and respect their choice.

I experienced a similar rejection in Spain a few weeks ago. Before coming to Italy, I hiked the Camino de Santiago with my family. I knew I would need a different set of clothes as well as my laptop for the latter half of the trip and it would only amount to extra weight on the way to Santiago. I packed a small suitcase- full of manpris- and left it with my sister’s friend in Madrid. That friend left for Sevilla before our return to Madrid so he gave it to one of his friends, who passed it off on another friend, who then gave it to another friend because she would be out of town to complete the deal. My sister, who had been in contact with all of the aforementioned parties, decided that telling me my bag with laptop and clothes was being passed around like a holiday fruitcake would only stress me out so I never knew until we picked up the bag that had changed hands four times in Madrid.

I think the hesitance towards the interview and the bag is related and indicative of the differences between American and European cultures. In the US, a casual connection and $100 dollars would typically be persuasive enough to motivate someone to hold on to a suitcase (such an offer towards the interview might be considered unethical). An American, capitalist and individualist, might value the minimal effort that makes money. After all, leaving a suitcase in a closet is not a difficult job. In Europe, one might expect the more collectivist attitude to motivate the person to take the interview or task for the good of the community or acquaintance.

The fact that in both Spain and Italy this was not the case means the position on the individualist/collectivist spectrum requires review. Either the cultures are more individualist than I previously thought or the nature of collectivism requires a stronger relationship and trust. In Spain, I witnessed certain behavior that I think displays the latter and would likely be parallel in Italy. Whether or not the request is met depends on the relationship between the two parties.

My sister, who lived in Sevilla, told me to never ask the Spanish how they feel about politics or their political history. Those who were under Franco’s rule are still alive. After dictatorial rule, they trust sparingly and teach the future generations the same. Italians survived a similar ordeal under Mussolini and Nazi occupation. So making the request as a friend twice-removed, it’s not surprising they would choose to not build a favor based relationship. The Spanish and Italians don’t want to take responsibility for a person or their possessions when they no next to nothing about them.

The value of cultural immersion is to build those relationships. The goal should not be to manipulate or to use each other for favors. Building trust between groups is the most crucial part of fostering communication and dialogue between them. Trust that they won’t be used, misrepresented, or manipulated requires time and effort for those of us studying abroad. But the work we do reflects our country of origin and our organization. We must be collective representatives of our homes and values with a desire to listen and engage our international hosts.
Posted by giovanni at 6/20/2015 03:39:00 PM