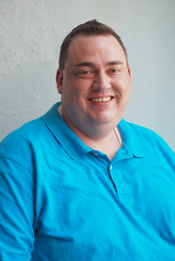 by Kevin Sexton
The life of the youth of Cagli appears to be very different from the life of a teenager when I was younger or that of most in America even today. During the day and evening hours the Piazza is alive with daily life, adults going about the day and relaxing in the evening hours enjoying an evening drink of choice. Children play in the Piazza with seemingly minimal supervision. In the later hours, typically after 10 pm, the crowd shifts from older adults to teenagers seemingly in an instant, this is even during the week. In America, from my experience this is when most teens start heading home to meets curfews imposed by parent or guardians,at least winding down the night depending on guidelines that have been put into place. In Italy this is when the teens seem to appear from wherever they have been in hiding for the day. The day and the evenings are for adults but the nights are for the teens of Cagli. It is a very contrast situation from what we have in place in America, here it seems the teens are entrusted to be out later at night to enjoy themselves amongst friends in atmospheres that are almost entirely other teens.

In many regards children are given more freedom at younger ages in Italy, or at least in my experience in Cagli. At 13 children are old enough to drive an Ape’, a mode of transportation similar in looks to a truck but smaller than trucks we see in the US. While an Ape’ is not technically a car, it does give them the freedom to move about town on the roads, something we are not allowed to do in the US until 16.

The experiences on this opportunity to study in another country has opened my eyes to the cultural differences in daily life between two countries. We are different in the ways we go about our days, raise our children, etc. but in the end it seems as the common goal is to live the best life we can, it is just how we choose to do that and what we decide is important to live this life.