Missing the Bus in Italy 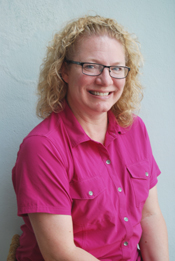 by Stephanie Jentgen
One of my fears while traveling has been missing the train or bus. I speak little Italian, and the thought of being stranded and unable to find my way to my next destination worries me.

On Thursday, my friend, Shelly, and I set out to visit Gubbio. We were taking the bus, and knew we’d have to make one transfer from the Roma bus to the Gubbio bus. According to the driver, we needed to walk to our left, wait a few minutes, and our connection would arrive.

So we walked about 100 feet or so. There were no bus stop signs, so we asked a local man if we were in the right spot to catch the bus to Gubbio. He nodded and said, “Si.” Happy and feeling confident, we waited and watched the traffic in the roundabout about 200 yards from us. A few minutes later, we saw the bus approach the circled road, enter the roundabout, and drive the opposite direction.
We missed the bus.

And we thought the next bus wouldn’t arrive until 5:30pm.

Shelly and I walked a few blocks into the town (which we later discovered was “new” Gubbio) hoping the bus had stopped. No such luck was to be found. We walked back to a café near the roundabout, ordered coffee and brioche, and pondered our next steps.

Were there other busses? Could we hire someone in the café to drive us to Gubbio? Did anyone speak enough English to mesh with our limited Italian? I sipped my coffee and munched my oh-so-delicious pastry. It occurred to me that I was not freaking out. In fact, I was almost calm. Experiencing this misstep with Shelly made this an adventure rather than a nightmare.

Shelly had pulled out her Italian-English book and was trying to put together a few sentences to ask the café’s patrons. I saw the translation for Do You Speak English and went to work. I walked over to a group of folks and loudly said, Parle Inglese? They all said No. I then explained through grand hand and facial gestures and stilted Italian that we had missed the bus to Gubbio. They understood and collectively said, Aww. Then they set about to help. I grabbed a piece of paper and a pen and one of them noted that a bus to Gubbio arrived every hour at mid-hour. In 40 minutes another bus would be showing up.

WooHoo! Shelly and I felt so competent. We walked to the side of the roundabout, where we thought the next bus would pick us up and waited. People sped past us, giving us strange looks, and an occasional not-so-nice hand gesture. It became quickly apparent we were, once again, in the wrong spot. However, we knew the bus would have to pass us, so we waited. Soon, we saw the Gubbio bus headed our way. We frantically began waving our arms to stop it. The driver stopped, gave us both funny looks, opened the door and let us board the bus. We were on our way. Then about 100 feet later, he stopped at the actual bus stop. Ah well. Now we knew where we should have been waiting. We would keep that information in mind.

About 20 minutes later we arrived outside the walled, medieval city of Gubbio. Plastered onto the side of a steep hillside, the town beckoned visitors from around the world. Shelly and I visited museums, cathedrals, lovely shops, and fantastic restaurants. It was a day to remember.
Posted by giovanni at 6/27/2015 06:47:00 PM